The 7-year old cello player became a laureate of the competition in Paris having performed with 37,2 temperature

The young Ukrainian cello player Mykhailo Synchyshyn got the second prize at the competition “Flame” in Paris despite being seriously ill the day before his performance.

The 40 temperature was depriving him of his chance to participate in the competition. By combined efforts of his parents and doctors, the temperature was brought down and he performed quite a complicated program becoming one of the three best musicians in his group.

He shared his impressions in short video done specially for VERE MUSIC FUND which supported the beginner musician at the concert. 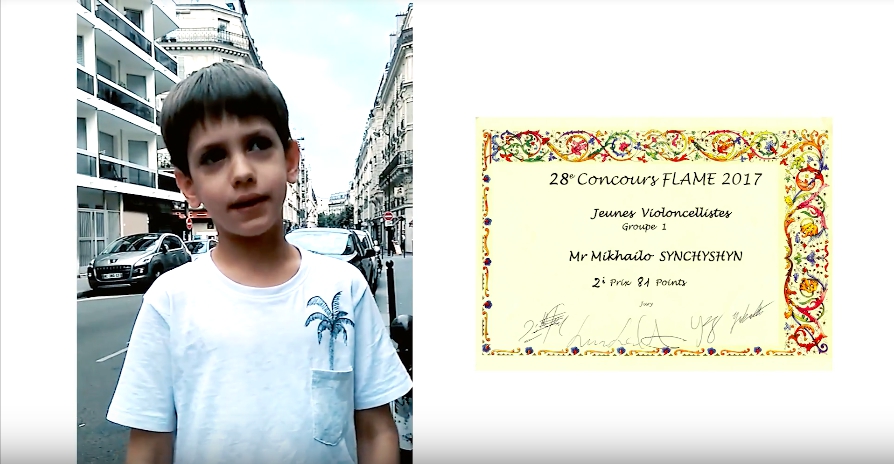